In this summer's earning call, Facebook Founder and CEO, Mark Zuckerberg, said, “If you go back ten years, most of how people communicated was through text. We’re entering into a period where that’s increasingly going to be video and we’re seeing huge growth there.” 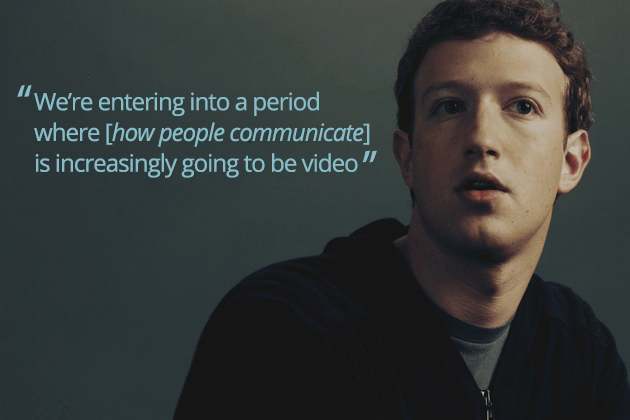 The numbers show it:

So the arc of this is very clear.  We started with text and moved to images and now we're heading to video.

In the same earnings call last month, Facebook pointed out that, “people watch video differently in mobile newsfeed than on TV”.  As video dominates Twitter and Facebook, what are the new rules?

This entry was posted on Wednesday, February 24, 2016 at 10:46 AM. You can follow any responses to this entry through the RSS feed.