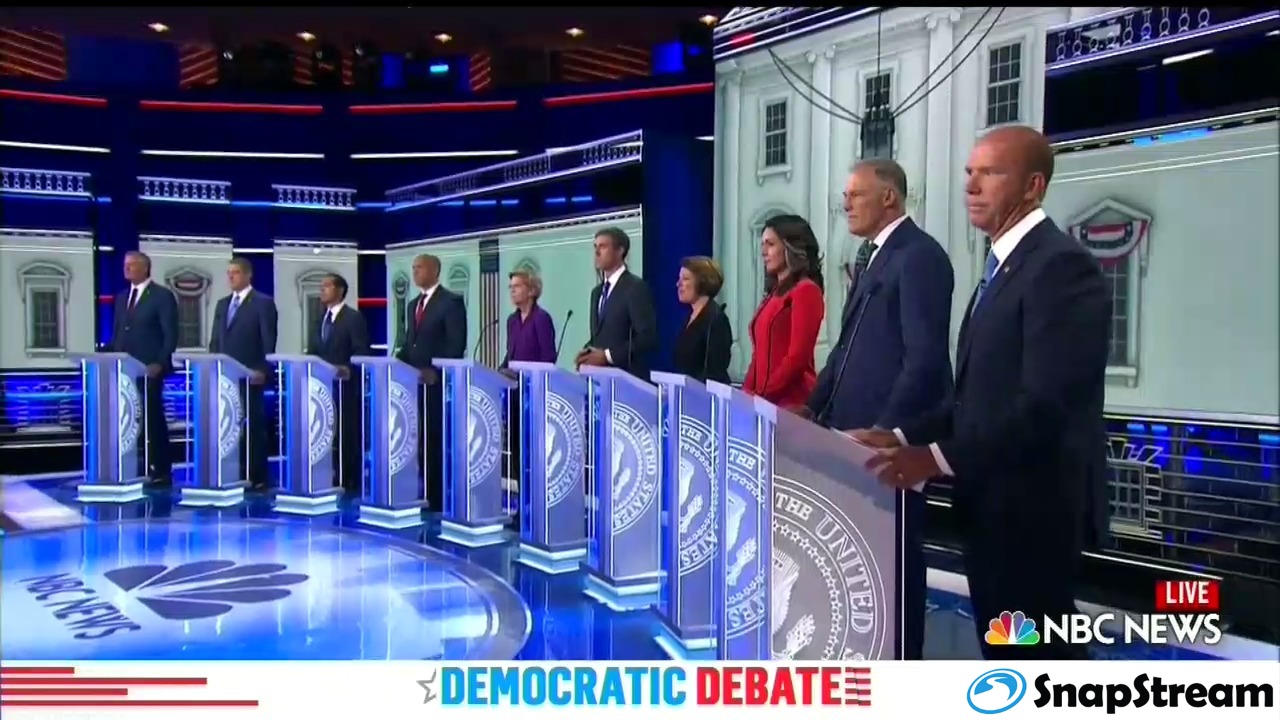 The race for the 2020 presidential election is well underway. Ten candidates took the stage in Miami on Wednesday night for the first round of the Democratic debates. While the candidates wrangled their thoughts and policy positions, news outlets were hard at work capturing every interesting comment and meme-able reaction. Here are some impactful live-tweeting strategies the SnapStream team saw some of our media customers use Wednesday night.

When Beto O’Rourke started speaking Spanish to answer his first question, many people noticed Cory Booker’s reaction. The Daily Show instantly grabbed the perfect image of the moment, added a hilarious caption, and put it on Twitter. The post has been liked more than 60,000 times, and retweeted more than 11,000 times.

When Dad says "Hola, como estas?" to the waiter at the Mexican restaurant #DemDebate pic.twitter.com/64FY2LV6kp

Enhance Your Video Clips with Analysis

Politico also tweeted about O’Rourke speaking Spanish for part of his first response. But rather than focusing on Booker’s reaction, the organization took a different approach. It tweeted out a video clip of the moment, and added quotes from two of its staff members above the video. Politico’s Twitter followers not only got to immediately watch the scene on their devices, but they also got to read two very different takes on it. The video has gotten over 35,000 views.

“It's one way to stand out right away.” – @natashakorecki

“Felt gimmicky to me right out of the gate.” – @PoliticoCharlie

Tonight, 10 other Democratic candidates will have their turn. Which live-tweeting strategies will your team use?

Loudness Compliance and the CALM Act: What You Need to Know

While watching TV, have you ever heard the volume increase when your show jumped to a commercial break?

The volume increase could have been the result of systems that hadn’t normalized the content based on the loudness.

Citing industry officials, the Los Angeles Times reported that due to the switch to digital TV in the United States in 2009, “the higher fidelity sound made the commercials seem even louder.” In 2006, the ITU-R had created a loudness algorithm (referred to as BS.1770-#, which nowadays has five variants) to help make sure commercials were not blaringly louder than the programs they were accompanying. 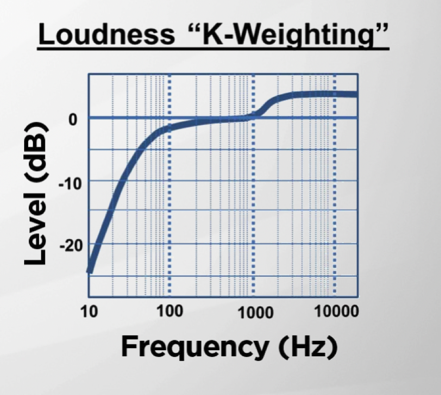 This graph represents the filter applied to the raw audio input so it can be adjusted to compensate for how humans perceive the loudness of different frequencies. K-weighting is part of the equation used to determine the LKFS value. It has two parts— the first is weighting different frequencies based on how loud they’re perceived. The second is modeled after the “acoustic effect” of the human head.

The loudness algorithm the ITU-R created was not implemented in the United States until a few years later. In 2010, Congress passed the CALM Act. The law came into effect on December 13, 2012. It stipulates that in relation to the TV programs they are accompanying, all commercials must have their average loudness adjusted to be within a fairly narrow range of a fixed target. The law only applies to television programming—it does not apply to radio or internet programming.

For compliance, the law points broadcasters, cable operators, satellite TV providers, and other multichannel video programming distributors to the ATSC A/85 RP.

A/85 RP also notes requirements other than loudness, one example being dialnorm. Dialnorm means “dialogue normalization.” Dialnorm specifies the average dialogue level for audio in absolute terms. Say you’re going from your main program to a commercial. The main program features soft-spoken people, whereas the commercial features loud people. On playback, the consumer receiver would automatically modulate the low dialogue up, and the loud dialogue down.

A visual representation of how dialnorm works with a consumer cable box.

Luckily, as Dave Moulton wrote in TV Technology, if you’re using dialnorm, “you don’t need to worry very much about LKFS, because properly implemented dialnorm will pretty much take care of it for you.”

It’s important to stay on the right side of the CALM Act. If viewers complain to the FCC about your organization’s loudness level, and the FCC notices a pattern of complaints, it will start an inquiry or investigation for your organization. If there is an investigation, you’ll have to spend time proving that your equipment, and how you’ve maintained it, is in line with the law. If you don’t show actual or ongoing compliance in response to the inquiry or investigation, you may have to pay a fine.

Having a record of exactly what your programming sounded like when it aired will save you hassle and frustration. You will quickly be able to gather evidence and respond to viewer complaints.

Loudness compliance is easy with Moco: Compliance Monitoring by SnapStream. We provide TV stations, networks, and other broadcasters solutions for logging and monitoring loudness.