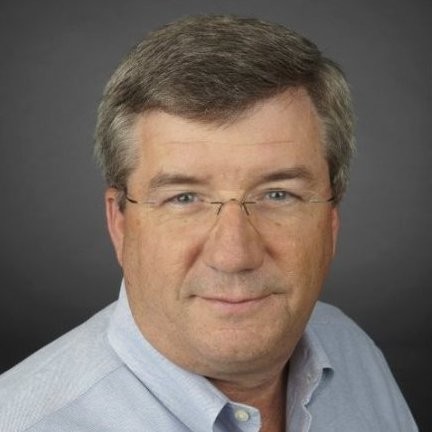 3) the deployment of SMPTE 2110 workflows

When Jim Bernier started his career in the early 1980s, he used regular videotapes for spot airchecks.

Throughout his 40-year career, he saw the broadcast monitoring and compliance space undergo many changes. He was most recently at Turner Broadcasting, where he was the Senior Director of Maintenance and Transmissions Engineering, Technology and Engineering, US NetOps.

Bernier retired in August after 18 years at Turner. SnapStream interviewed him to learn more about the four decades he spent in broadcast monitoring and compliance, and how he saw the field evolve. You can read an excerpt from the conversation below, which has been edited and condensed for clarity.

SnapStream: What made you want to have a career in the broadcast monitoring and compliance space? Why did you pick that particular career path?

Bernier: I started out working out for cable television when I was in high school, doing remote sports production. I decided at that point that I wanted to work in television and went to college for that purpose. Then shortly after I graduated from college, I landed a job at my hometown local TV station, WWNY-TV, as an engineer technician doing production work during the week and light maintenance engineering on the weekends.

About four years into that, the chief engineer of the station was retiring. They were looking to change some of the processes around the engineering staff, and they asked me to take over as director of engineering for the station. From that point forward, I was always in the management of engineering.

What did your day-to-day responsibilities entail at Turner?

They were all over the place. My team was responsible for supporting all of the on-air systems associated with the Turner Entertainment Networks and supporting systems. That happened to include our monitoring and compliance systems as well. So they were responsible for addressing any technical problems that arose, as well as the troubleshooting, installing, and replacing of equipment. My responsibilities for that were to manage that staff. I was also involved with strategic planning and look-aheads as far as technology and what's coming down the pike.

You were in the broadcast monitoring and compliance world for four decades. In what ways did you see the space change in your four decades in it?

Probably the most significant change came when we transitioned—we used to do this using long record, 24-hour logging VHS machines, which were basically slow-scan machines that would compress 24 hours into what where old VHS eight-hour tapes, which had horrible video quality and horrible, if any, audio quality.

It was basically used more for proving that commercials ran than anything else. It was not terribly useful for much more than that. When you made the jump to digital recording, and being able to encode and record on hard drives, now you had a much more robust recording that enabled my team to start using it for some troubleshooting in addition to simply validating whether or not the correct commercials aired and measuring the dropout time of any kind of on-air fault.

We could go back and reconstruct what actually occurred on air and, and use it to help in our diagnosis of either equipment or operational failures that caused what we call on-air disruptions or OADs. As that technology blossomed, going from simple MPEG2 records and into H.264 records, we were able to re-capture more of the actual stream itself, rather than just decode video and audio. That became another element of compliance monitoring that was extremely important. Especially as the FCC placed more requirements to provide statements of compliance for closed captioning and descriptive audio services.

On top of that we also started moving away from DTMF tones. In the cable universe we went from using DTMF tones in a secondary audio channel to trigger cable headends' local insertion opportunities to using SCTE-35 messages in the transport stream. We are able to decode those messages as well and verify that they went out, as they are part of the transport stream.

This is important in terms of supporting our advertisers, as well as the distribution arm of Turner. They validate and confirm to our distribution partners, cable headends, and MVPDs that we did indeed include those SCTE messages for their local insertions, as well as the same messages being used as SCTE-104 messages in the streaming environment.

All of that could not have been captured in the slow-scan VHS world that that we started with. Even prior to those, we were simply recording air-checks on regular videotape machines, which was horribly inefficient in terms of both storage space and price.

Recording air checks on regular videotape machines—that was when you first started in the early 80’s?

Early 80's would have been using regular videotape for spot air-checks. So if you had a high-profile show that was recording, you might record an air-check either on a one inch tape, possibly even a two inch quad tape, or three quarter inch tape. Sometimes you might have used a full-speed VHS tape.

I want to say it was in the 90's probably that slow scan VHS came in. They actually spin them down so you could record. Their birth was in the security realm and then we just found them to be useful in terms of doing air-checks as well.

Before your retirement, you did one of the first SMPTE 2110 workflows for Turner. Could you give an overview of that experience, as well as your thoughts on the transition from SDI to SMPTE 2110?

I go all the way back to analog. I saw the transition from analog video and audio into SDI. Then, the jump in bandwidth to include high-definition SDI, which was the mainstay up until very recently.

SMPTE 2110 is the packetized version of the video and audio signal. We’ve migrated our plant to that standard. Everything that runs through our master control today is ST-2110 as a video source.

We understand fundamentally both video and audio start as analog signals. It's how sight and hearing works in nature. Then, we've managed to take technology and digitize it, compress it, and find algorithms that allow us to move far more information in a smaller bandwidth to get to an end product where we then turn it back into an analog display. Because what people hear is analog audio and what you see is analog light video.

The use of ST-2110 made perfect sense, once we were able to get the switching speeds on routers to be able to handle it. It used to be that when you were routing or handling a video signal or an audio signal, even in the SDI world, the signal moved in one direction. You plugged it into an output of one device and an input into another device and the signal moved from, let's say, from left to right.

ST-2110 is a data network essentially. It's actually bi-directional. So you take your cable, which could be a simple CAT-6 cable, and you plug it into a port on one device and plug it into the other device, and the communication between the two is bi-directional. And when you're dealing with some of the broadcast pieces, especially in terms of production, sometimes it gets a little tough getting your head wrapped around the fact that a device has both the input and output and it's running on one cable. It's a bit of a nuance that I've seen some people, counterparts, having a tough time grasping.

Once you're on a network, the signal itself is a stream, and is able to be joined by any device that's on that same network. So again, it's kind of like IP machines—if you know the IP address of a particular machine on the network, you can possibly look at its directory, if it's given you permission to do that, and you can pull files off of it or put files to it. Well, it's the same way with video and audio now. As long as you know what the IP address is and you have permission to access it, you can actually watch the video.

Very much like data networks, you don't necessarily have to limit yourself to the IP address itself. You also have what are in effect domain name servers that'll reconcile names to IP addresses themselves. So you're able to use names and name references rather than absolute IP addresses.

What do you think the future of broadcast monitoring and compliance holds?

That's always been kind of a trick, because once we send it out, it's out there and there are any number of elements that can adversely affect the consumers’ reception of that signal. As we move forward with more direct-to-consumer distribution platforms, the ability to get feedback on quality of service becomes more important, and tying that back into the actual timeline of our signals becomes extremely important to our management team and sales team.

An ability to gather a lot of different data metrics and performance metrics, and collect them all into a codified system that can then present it in a logical and sophisticated manner, becomes the key to the monitoring and compliance elements.

The basic compliance stuff is already being done. They've tackled most of that in recent years. It's going to be the far end QoS experiences that we need to capture, then correlate it back to the playout timeline (as-run logs).