"NBA Twitter" is the human highlight reel for the NBA

I’ll have to admit, I don’t follow “NBA Twitter” that often. I should since I work for a company that enables sports and news organizations to post TV clips and GIFS to social media. But with the All-Star game around the corner, it had me thinking, “am I missing out on anything?” A New Republic article talked about how Twitter has changed the way we watch the NBA, so I decided to see what all the fuss was and experience it for myself. That night, not only did I watch, what many have called, “the best dunk contest of all time” but I was even more entertained by everyone’s online reactions. 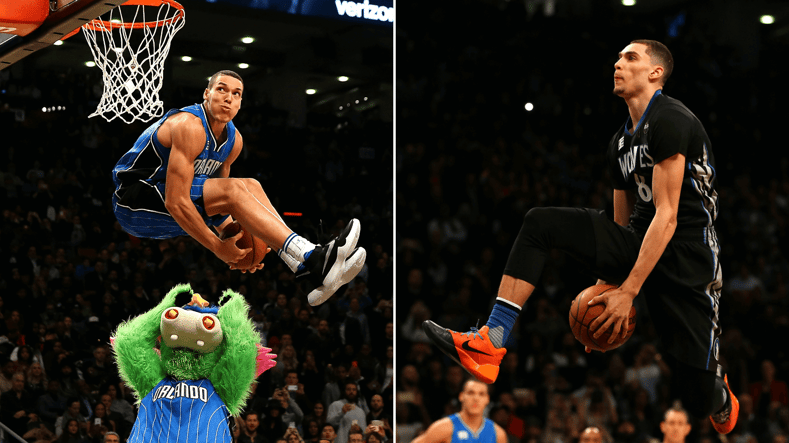 NBA Twitter was in a frenzy and I was happy to now be a part of it. Move over Dominique Wilkins, the new "human highlight reel" is NBA Twitter.

A dunk so good, it put Andre Drummond on his knees.

We gon' be alright Drake.

My face that night.

Dunk contest this year in one GIF pic.twitter.com/c8OhnpygHO

But… Aaron Gordan’s brother was a little salty that his big brother didn’t win. And he wasn’t shy letting people know (I’m looking at you Shaq).

@SHAQ robbed my brother of a dunk contest championship @SHAQ you mad at something bruh????

And Shaq didn’t back down.

Dear Aaron Gordon's brother this is how I get a 10 make it in the first attempt https://t.co/Xa7c9ugkWI

Seeing was believing and what I saw that night was UN-believable. I don’t think I can watch an NBA game anymore without checking my feed. That was half the fun.

This entry was posted on Thursday, February 25, 2016 at 03:04 PM. You can follow any responses to this entry through the RSS feed.