GIF the debates and the fun never stops! 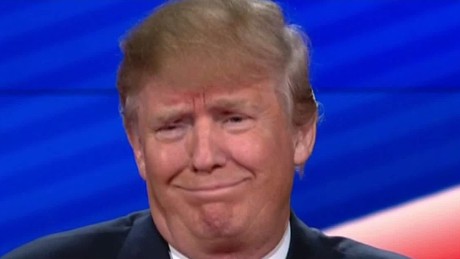 The 2016 presidential election cycle has been as unpredictable as any election in recent memory with over 20 sanctioned debates, numerous “town hall” discussions and countless candidate speeches. News organizations have been overwhelmed with an unprecedented volume of visual content to share with their viewers.

While debates have been broadcast on television since 1960 (the famous Kennedy-Nixon debates), there has been a seismic shift in the way the presidential debates have been covered in the media this election cycle. The New York Times said it best: political GIFs have become the new sound bites of the 2016 campaign season.

Animated GIFs have been synonymous with coverage of the 2016 presidential race. Whether it is Donald Trump making exasperated faces at his opponents or Hillary Clinton seemingly wiping dirt “off her shoulder,” these instantly shareable bite-sized moments have helped amplify and focus attention on the strengths and weaknesses of the candidates running.

Would it really surprise anybody if Carson were to team up with Trump in ANY capacity? pic.twitter.com/bW4UkhK7Zb

SnapStream makes it simple for organizations to take a moment from television, create an animated GIF and post it to their social media accounts in just seconds.

Live-tweeting of this election cycle has made it easier than ever to follow along with candidate events in near-real time. It also allows the organizations sharing the content to frame the conversation in the language of the social network on which it is being shared.

Savvy media and political organizations have jumped on the GIF bandwagon and are sharing moments from the debates and other election events, creating incredibly engaging and viral content while informing their readers about the candidates and issues.

If a picture is worth 1,000 words, an animated GIF could fill a volume!