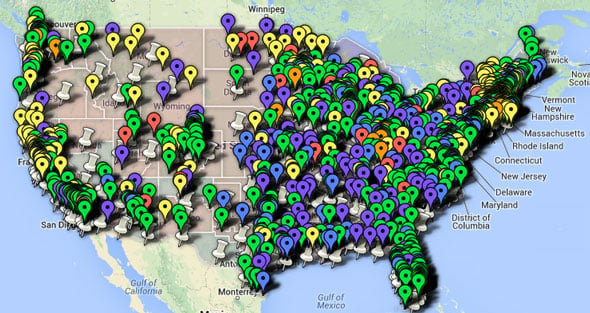 PEG Channels in the United States

PEG Channels in the United States

In your city or town, you have likely flipped to a public, educational and governmental (PEG) channel that broadcasts community events, town hall meetings, public service announcements and other local original programming. Did you know there are over 5,000 PEG channels operating nationwide?

Every U.S. city has the right to collect a cable television franchise fee from the cable TV companies that serve its community. Thanks to the Cable Communications Act of 1984 (Section 622). These franchise fees, which are based on a percentage of cable operators' gross revenues, can generate huge sums of PEG funding for municipalities, for instance as much as $142 million for Dallas in 2007 and $140 million for New York in the fiscal year of 2010.

The catch-22? PEG funds are designated only for capital expenditures that finance day-to-day operations of public-access channels. But within those regulations, PEG funds can be used for various types of purchases. A good rule of thumb to go by is whether the capital being purchased has a substantial shelf life beyond the fiscal year. 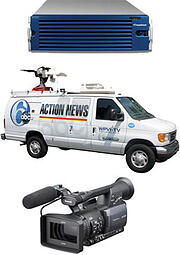 PEG Fund Strategy at the City of Austin 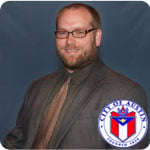 The City of Austin is a shining example of maximizing PEG funding in order to leverage modern technology that helps deliver vital information to its citizens through multimedia platforms.

"We have a lot of citizen and media interest in what we do," Reeves said. "We have had a long time initiative for open and transparent government. That's one of the reasons we televise about 45 meetings per month, plus a lot of original programming to help educate the public on a variety of issues, event coverage and so forth."

Channel 6 also streams the channel live on its website, in addition to providing a well-categorized archive of video on-demand and corresponding transcripts—all available online for public access. The Channel also shares original programming, such as the CityView news magazine show, on its YouTube channel.

Since 2007, the City of Austin has used SnapStream to monitor TV for public information purposes, spanning over 35 departments citywide. In 2013, the City was ready to upgrade to SnapStream HD and the newest hardware platform. This is where Channel 6 made a very smart move, by allocating their PEG funds to cover 100% of SnapStream's cost in full as a capital expenditure. Plus, they rolled in 2 years of technical support and service into the cap-ex to really maximize the PEG funds.

A few of the 35 City of Austin Departments using SnapStream

Just to be clear, you can't use PEG funds for subscription-based services because that is not a capital expense. That is an operational cost. 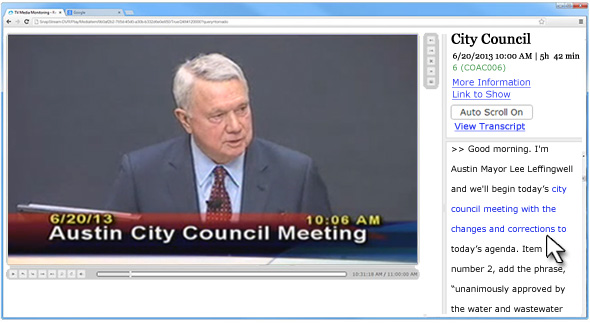 "We get about 150 news stories per month about the City of Austin's departments," Reeves said. "Media monitoring is a sufficient justification on its own. It's really a multi-use functionality."

Does My State have a Statewide Cable Franchise?

In 2005, the Texas Legislature was the first to approve a cable and video franchise law that allowed telecommunication companies to offer television service without the need to negotiate individual agreements in every city. A majority of these statewide video franchise agreements require franchise holders to provide public, education, and government (PEG) channels and offer certain residential subscriber protections. Here are the states currently offering a cable franchise, statewide:

For further information, you can check out the webinar we hosted with the City of Austin.

This entry was posted on Tuesday, January 14, 2014 at 07:24 AM. You can follow any responses to this entry through the RSS feed.