Searchable State of the Union 2011

Did you set your DVR last night? At SnapStream, we made sure to. (If you tuned in live, kudos to you. 26.1 million others did too.)

President Obama commenced his second State of the Union speech, addressing the congregation in the rich oral tradition of his predecessors.

The President spoke for just over an hour, in what commentators considered broad strokes, focusing on the nation's bright future with optimism instead of renegotiating issues of recent years past.

Here, let's pull up the recording. And grab the transcript to download in seconds. 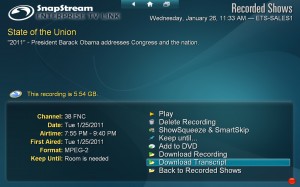 Now, you could also search by keyword, to skip to the topics which interest you. Perhaps it's healthcare that gets your blood pumping, or job creation that perks your ears up.

For now, we'll take a look at the overall themes by copying and pasting the televised transcript (courtesy of SnapStream) into a word-cloud creator called Wordle.

Note: While the State of the Union address is easily accessible to the public all over the Internet, this is not the case for the majority of broadcast content, which is where SnapStream comes into play. For our intents, this is a timestamped example. 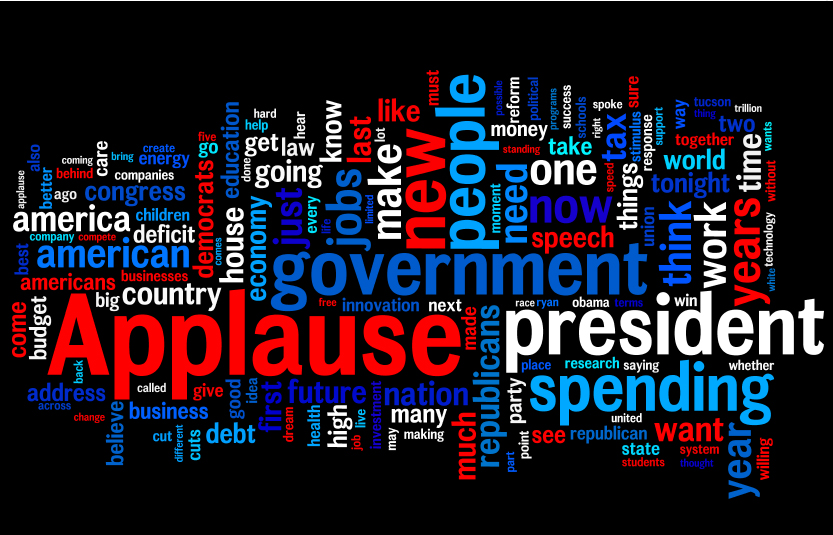 [Applause] occurred frequently throughout the speech. There was no booing last night across the partisan aisle. One could infer that Democrat, Republican and Tea Party members stood united after the recent Tuscon tragedy involving Congresswoman Gabrielle Giffords, among others.

To leave you with something further, the American Presidency Project has a unique historical resource to explore. It lists the length of every State of the Union Message and Address, by word count, dating back to George Washington in 1790.

This entry was posted on Wednesday, January 26, 2011 at 06:40 PM. You can follow any responses to this entry through the RSS feed.